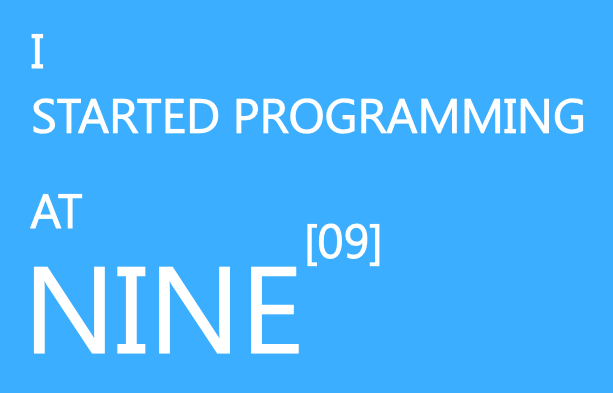 Today, I'd be writing this post as a Developer Community Advocate in Akure.

Long ago, in a distant Land, young Tomiwa was 9, he wore shabby dress and never bothered to comb his hair. It was his first year in high school,

It was the beginning of eductation to Him. Tomiwa often wondered then what high school was all about, being from a humble background, he had very little

exposure to the media, most of the things he knew came from the TV programs he watched when He visited His Uncle in Lagos. He often wondered, what was really

special about the white folks in the screen, most especially the scientists. In JSS 1, He used to connect used batteries together and was thrilled when he could

get the touch light battery to work.

Being in High school had its fun times, I just remembered that I used to tell programming stories to my collegues, I would bring out fiction from what I had read

in an elementary level computer studies book I stumbled on. The more tales I told, the more I had to know because I had to defend the facts, I once hold my friends

that my father had four computers(I had not even seen a computer in operation then, and my father probably did not know what a computer was). So I kept reading

Everytime I was at the Library, There was so much to cover. Now my library experience in my first school was really limited, I really loved the books but I could

not read in a place where the rules were anti-me, My new school was awesome, in fact, I used to skip classes just to go to the library and you could guess(I did

not used to write my notes in High school, I brought 20 biros and misplaced them all, then steal other people's biro's for the rest of the Term).

So where did programming start.

Age 9: I saw a computer and read a book about monitor, cpu and keyboard, wrote a small book that contained the meaning of acronymns and other simple things about computers,

Understood For Next Loops in Basic and that was it

Age 11: JSS3, I wrote my first calculating program, I understood syntax but could not survive algorithms to make things happen, I joined Computer Jets, but my

lack of mathematical skills was often a disadvantage, I remember my buddy Gbenga Here, He was an inspiration, and also Uba Adaana

Age 12-14 1/2: Computers were dead to me, I didnt have access, I told stories and read more books, but they looked like fiction to me. This was time for

space research, there were a lot of books on space in the library. and to make it better, I did not like classes, I enjoyed them when I was around, but when it

became time to write notes, I was always looking for an escape route so hello Library. I also found Literature Interesting then, I loved fictional stories.

I guess at this point, it is safe to say that reality is broken, game developers are given the task to create a whole new experience.

Age 15-16: I am now in the University, strange place, I was lucky to have a guardian, I'm sure I would have been lost, The University story is a whole story for another post

Get the latest posts delivered right to your inbox

Uyo, the Akwa Ibom capital has been actively innovating. Their love for information is astounding, in the capital city alone, there are over 80 news paper vendors. Each competing fiercely to give The

Tomiwa Ijaware's Blog
—
I started programming at 9 | draft
Share this

Stay up to date! Get all the latest & greatest posts delivered straight to your inbox